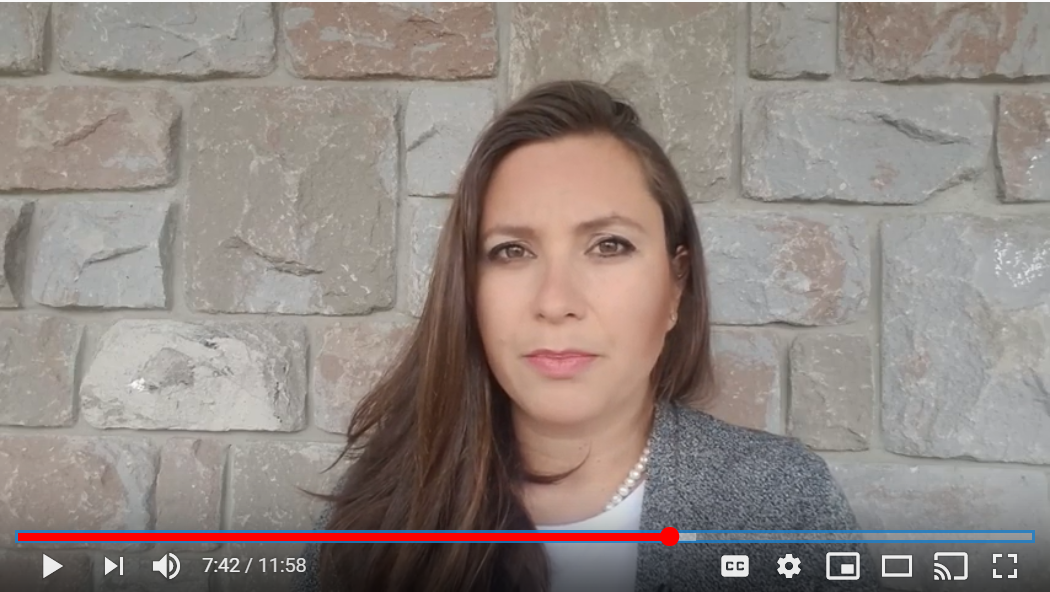 This communiqué is not easy for me to write; I have wrestled with this for months.

Hundreds of you have written to me, asking why I am not supporting Leslyn Lewis, leadership candidate for the Conservative Party of Canada. So many people email me daily, questioning my obvious reservations with Leslyn Lewis. These questions keep me up at night.

You know me as a straight shooter.  Especially after all I have been through politically in the past two years, I feel obliged to always be forthright and honest with you. Do what you like with this information. Accept it or ignore it. It’s up to you.

A few months ago, in January, Queenie Yu and I met with Leslyn, Leslyn’s campaign manager, and a few others. In that meeting, we had a frank discussion about the important issues. It was my first encounter with Leslyn in person, and I am pleased to report that she is an all-round lovely and professional person with excellent credentials. She seems sincere to me.

There were, however, quite a few “red flags” which emerged from that meeting and/or raised by her answers to my questions.

In this communiqué, I’m merely addressing the most glaring, and most urgent of these “red flags”: Leslyn Lewis is a past National Board Member of the Women’s Legal Education and Action Fund (LEAF). As of today, Leslyn Lewis is still promoting her past affiliation with LEAF.

LEAF is a national organization which has a well-earned and notorious “pro-abortion” and “anti-family” reputation with pro-life and pro-family organizations and leaders.

Over the past thirty years, LEAF has directly engaged in the following anti-life, anti-family (and I would argue, anti-woman) activism:

That is LEAF. Pro-abortion and anti-family to its fingertips. 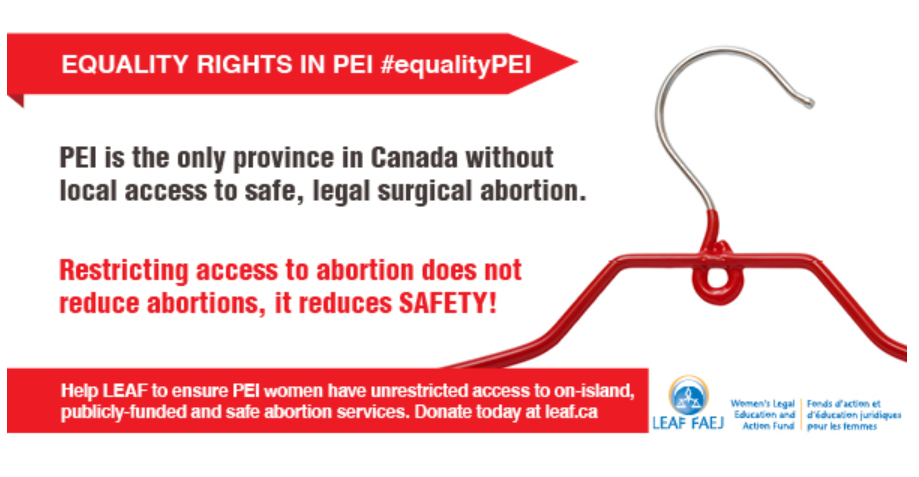 When I discovered Leslyn’s connection to this group earlier this year, I immediately said to myself “well, perhaps Leslyn didn’t realize that LEAF was a radical anti-family, pro-abortion organization.” But LEAF has been around since 1985, and is well known in pro-life, pro-family circles for its rabid, left-wing activism. LEAF has been actively engaged in this legal activism well before Leslyn Lewis joined LEAF’s board as a National Board Member in 2010. Surely if Leslyn applied or was recruited to be on its National Board, she would have researched them, and discovered their long, well-advertised history of pro-abortion and anti-family activism. She is a lawyer after all, with a PhD to boot.

I asked Leslyn over two months ago to renounce her association with LEAF and condemn their radical activism. She didn’t reply to my request. To my knowledge, Leslyn has yet to renounce her relationship with LEAF in any public way.

In charity, I pray that Leslyn Lewis has had a change of heart and regrets her affiliation with LEAF. But questions remain: Why did she leave LEAF?

If Leslyn Lewis quit LEAF out of principle, or was pushed out, then why does she still continue to feature LEAF prominently on her biography? Below is a screencap, as of today, of Leslyn Lewis’s biography as it appears on the Ontario Trillium Fund. 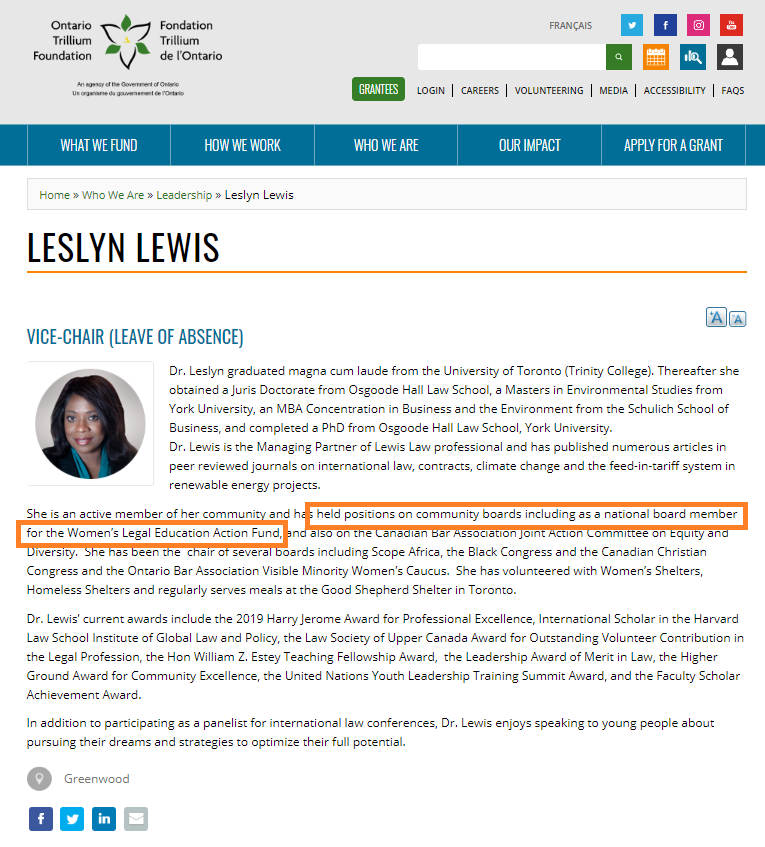 In good conscience, I cannot support her until this, and other concerns, are addressed and reconciled. To do so would be a lie to my integrity, to my conscience, and to my Christian faith.

I have made these concerns known to Leslyn and have waited patiently for two months for an adequate response. I had hoped she would clarify her position but this clearly hasn’t happened. In the past few months, Leslyn has raised over $300,000 in donations, presenting herself as “pro-life”. But her record as a member of LEAF’s national board casts doubt on her claim.

Why do some pro-life groups and individuals support Leslyn Lewis? Good question!

I see that a few pro-life organizations and prominent individuals are endorsing Leslyn Lewis’s candidacy. I can’t, for the life of me, understand how they can reconcile this with the stated goals of their respective organizations, and their personal belief system. Several of these prominent and influential players in these pro-life groups are well aware of Leslyn’s connection with LEAF. I know, because I told some of them so, months ago. And for those who didn’t know? A simple Google search reveals this information. That’s how I discovered it.

Like many of you, I have only come to know of her in recent months. If she were simply running for a local CPC nomination somewhere, I would perhaps be more lenient in her lack of comment on her past affiliation with LEAF. But Leslyn Lewis isn’t running for a small political office; she is running for the highest political office in the country. Seeing that Leslyn Lewis has absolutely no public voting record on life and family issues, we can only assess her as a political candidate by her public statements and her actions, past and present.

Leslyn Lewis says she is pro-life, and she certainly seems sincere in her belief. But I have a hard time reconciling this with her past affiliations and her refusal to address the topic.

Again, it is my sincere hope that Leslyn Lewis will do the right thing. Leslyn needs to renounce LEAF immediately for their pro-abortion, pro-radical sex ed, pro-gender identity, anti-free speech, and anti-family activism. Leslyn needs to explain why she joined them in the first place, why she left, and why she continues to feature her past with them.