So what are the “hard questions”? 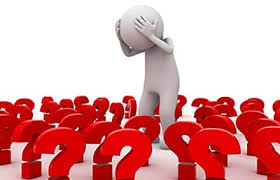 I mentioned to you previously that as candidates for the Conservative leadership reach out to me for support and advice, I “vet” them by asking the “hard questions”.

So what are these hard questions? And why am I asking them?

I ask questions surrounding many social and democratic issues. I feel that these issues actually impact families’ day to day life the most. I ask these questions because I want to see if these candidates are bowing to political correctness, or if they actually have the strength to declare themselves on issues which matter. Will they cower away? Or will they stand boldly by their public words so that we can hold them to their promises.

Here are some of the democratic and social questions- the hard questions- I ask the candidates:

As I said, as this juncture, out of the several candidates with whom I’ve spoken, only two have provided reasons for support based on their answers to these questions: Richard Décarie and Derek Sloan, MP.

I encourage you to print out and sign their candidate nomination form. You must be a registered CPC party member to do so. See the "P.S" for more details.

As other candidates declare themselves and/or better their positions, I will include them too. If a candidate calls you, I encourage you to ask them the above questions. You need to know where they stand. We all do.

(If you haven’t yet joined the CPC, but still want to sign a candidate's nomination form, it is not too late. Please join TODAY and then let me know you joined. If you join today, you can sign a candidate's nomination form and your signature will become valid in exactly 21 days, which is ahead of the final deadline for the 3000 signatures of March 25. So please JOIN TODAY.)